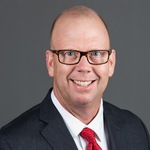 E. Jason Leach currently practices law in Odessa, Texas, where he represents individuals in criminal proceedings in both state and federal court. He is also licensed to practice law in the Fifth Circuit Court of Appeals and the United States Supreme Court.

The Law Office of E. Jason Leach, PLCC focuses exclusively on criminal defense law and has done so since 2005.Mr. Leach is a member of the Texas Criminal Defense Lawyers Association as well as the National Association of Criminal Defense lawyers. A Texas board-certified expert in criminal defense law, Mr. Leach limits his practice to criminal law due to his belief that the singular focus helps him provide clients with the most vigorous defense possible. Prosecutors focus their work exclusively on prosecuting criminal cases, and Mr. Leach believes he can best serve his clients' interests by matching their singular focus.

Thank you for contacting us. We will get back to you shortly.

Please complete all required fields below.